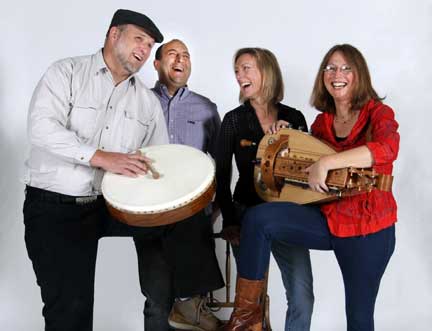 The Good Folk Collective is a diverse group of musicians who originally came together to. record the album “Welcome to the Folk Song Cafe”, a collection of “good folk songs” from our fictional venue, a cafe where one can hear music from all over the world.

Jennifer B. Nye has been involved in performing her whole life. She enjoys acting, choreography, and directing musical theatre productions around the Bay Area, and is privileged to be a part of The Good Folk Collective. Jennifer enjoys singing selections that reflect on the folk and traditional elements of music and the story songs tell.

Kathy Sherman started her professional music career at 15 playing Greek music in clubs, restaurants, festivals, and concerts. She put down her bouzouki long enough to earn a BMus in classical guitar performance from the San Francisco Conservatory of music. She was a member of the Electric Guitar Quartet, a classical / comedy group and opened for such guitar luminaries as Leo Kottke, Jorma Kaukonen, John Hartford, The Great Guitars (Barney Kessel, Charlie Byrd, and Herb Ellis) and Free Flight.

Nabil Bouali has a voice and he’s not afraid to use it! Nabil comes to the Bay Area from Algeria, North Africa. He’s been in love with singing and performing since the age of 10, playing with local Algerian bands in clubs, restaurants, weddings, and universities.When he moved to the Bay Area, he took a sabbatical from performing. We are so lucky to have him record with the Good Folk Collective.

Alan Hebert lives in Menlo Park California, where he freelances in a variety of musical groups including the Redwood Symphony, the Chai Five Klezmer Band and the Burns Supper Society Celtic Band. He started playing his father’s clarinet in third grade and never stopped, though he graduated to a better instrument when he finished High School. Teachers include James Kanter and Mark Brandenburg. In addition to clarinet and whistles, he also plays saxophones and had an extended affair with the trumpet during the late 70’s and 80’s. Well-known instrumentalists who have provided strong influences on his playing include Benny Goodman, Paul Desmond, Eddie Daniels, and Jack Brymer.
When Alan is not doing music, he’s wearing a kilt and throwing heavy things at the Scottish Highland Games, or sailing on San Francisco Bay.

She’s a singer and an actor, choreographer, and theatre director 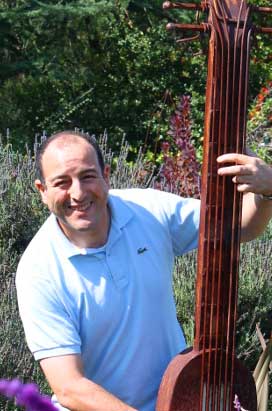 Nabil has a powerful voice
and he’s not afraid to use it! 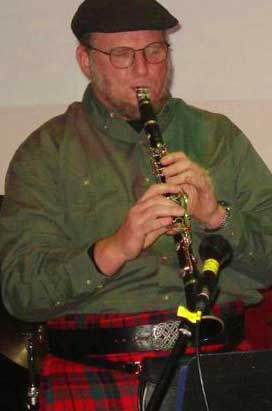 Maybe you’ve heard him with the Redwood Symphony, the Chai Five Klezmer Band or the Burns Supper Society Celtic Band. 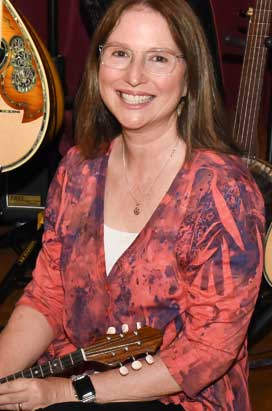 Her pro music career at 15, achieved a degree from the SF Conservatory of Music and she really loves Folk Music